PiGx paper awarded at the International Conference on Genomics (ICG-13)

December 2018 the Akalin lab at the Berlin Institute of Medical Systems Biology (BIMSB) published a paper about a collection of reproducible genomics pipelines called PiGx that are made available through GNU Guix. The article was awarded third place in the GigaScience ICG-13 Prize. Representing the authors, Ricardo Wurmus was invited to present the work on PiGx and Guix in Shenzhen, China at ICG-13. 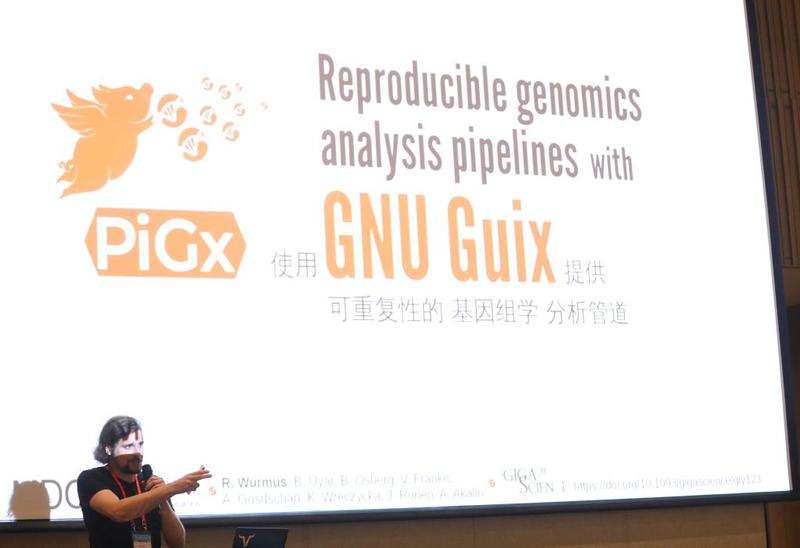 Ricardo urged the audience of wet lab scientists and bioinformaticians to apply the same rigorous standards of experimental design to experiments involving software: all variables need to be captured and constrained. To demonstrate that this does not need to be complicated, Ricardo reported the experiences of the Akalin lab in building a collection of reproducibly built automated genomics workflows using GNU Guix.

Due to technical difficulties the recording of the talk was lost, so Ricardo re-recorded the talk a few weeks later.